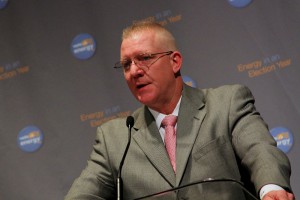 The panel examined how energy can help the economy, including the potential impacts of unconventional oil and natural gas development reported on in a new study API helped commission. The study, which was conducted by IHS Global Insight, concluded that unconventional oil and gas development could generate more than $5.1 trillion in added investment through 2035, producing 3.5 million jobs and $2.5 trillion in revenue for government.